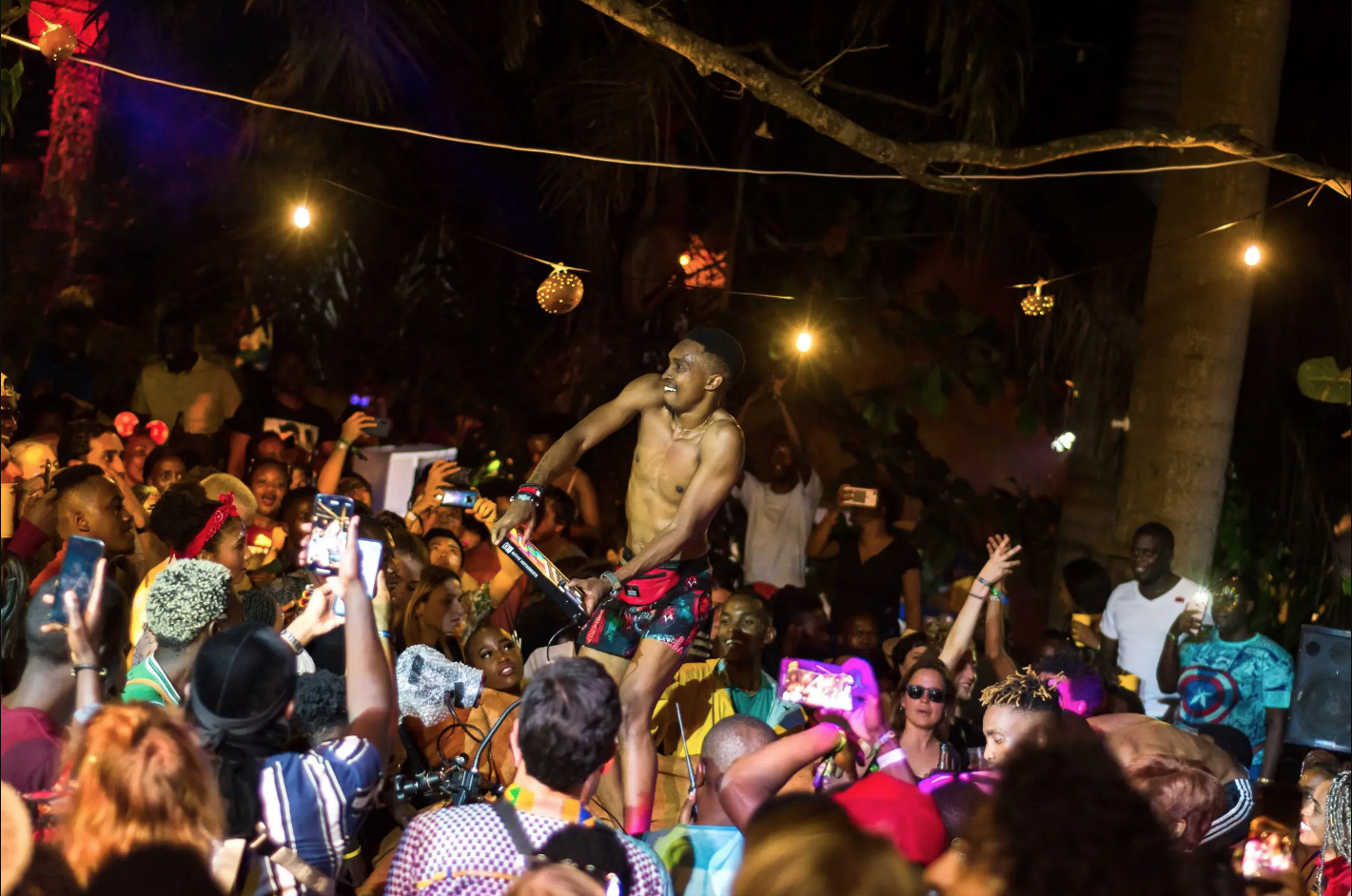 Uganda’s Eastern city of Jinja has been hit with a high number of sex related activities due to Nyege Nyege festival which kicked off on Friday.

Nyege Nyege festival which was recently banned by parliament but given a go ahead by government is renowned for promoting sex activities.

Some of the men who graced the #NyegeNyege2022 came with their girlfriends but those who came alone are hooking up with escorts from Jinja city.

A local leader in Jinja city, Wilberforce Kagodo said that the city has become lively with thousands of people from allover the world  booking all the hotels in the city.

“All hotels in Jinja city and lodges have been booked by mostly foreigners. We have over 8,000 visitors from all over the world who have already bought tickets for Nyege Nyege.” Kagodo said.

Most revellers usually come a few days before the festival and even after the festival has ended most stay to continue having some fun in the city. Itanda village on the bank or river Nile is located about 15 Miles away from Kampala city.

Kagodo observed that playing sex seems to be on the first agenda of those who come to attend the Nyege Nyege festival.

”Those people play sex as if there is no tomorrow. Most of the sex workers in the city are occupied by people who come for Nyege Nyege. A good number of sex workers come from other parts of the country to serve the sex hungry men.”

A bar manager in Jinja, Henry Mwalenga said that in the last three days his bar has been selling all the beers and other drinks which they stock in the mornings. He said that foreigners  drink a lot and at night some of them fuck the women they drink with on verandas  and trees in the compound of his bar.