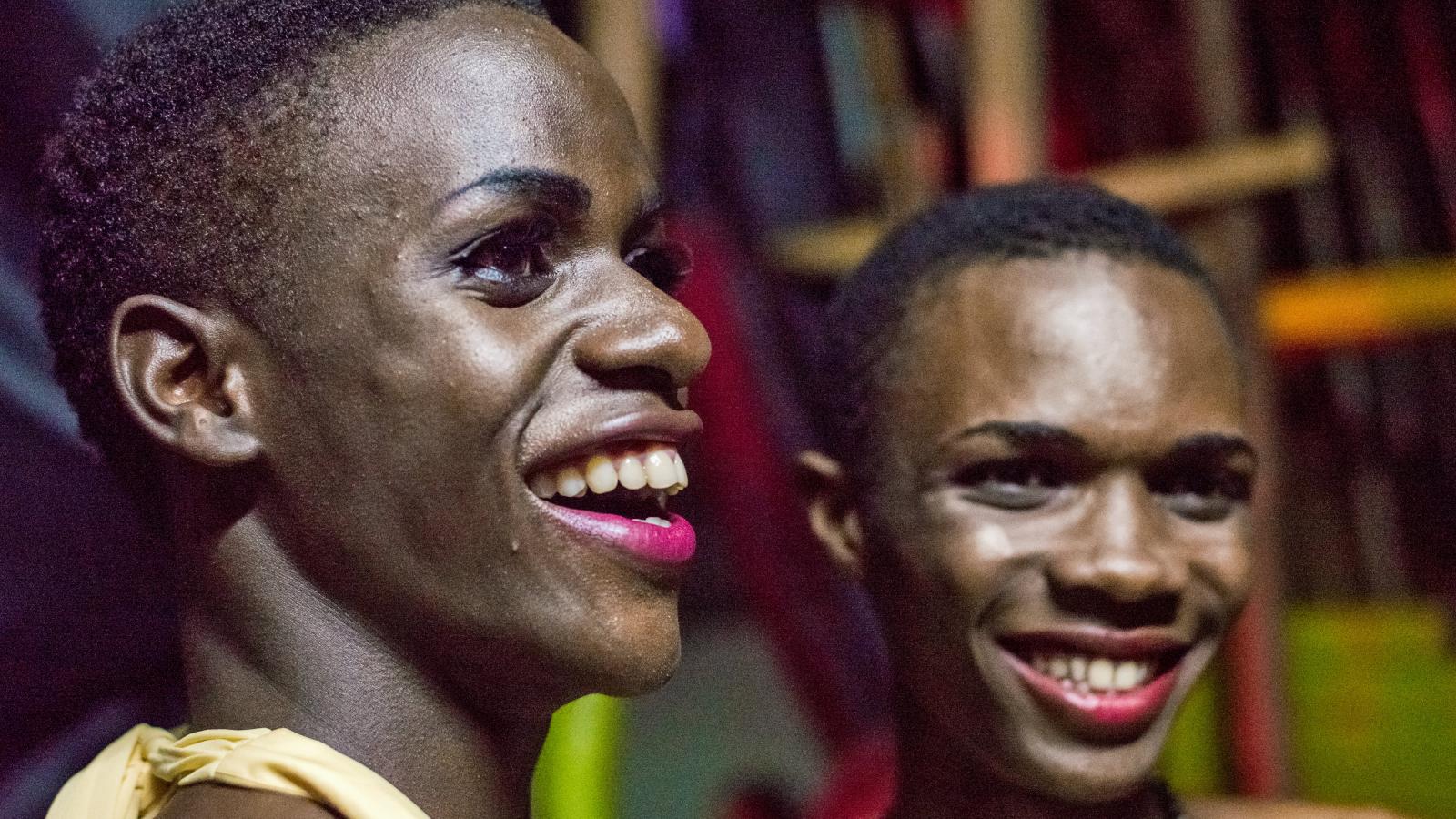 Fake Escorts On The Loose

Police at Makindye in the outskirts of Uganda’s capital have arrested young men who dress as women and pose as sex workers.

The arrest came followed a public outcry from men who fell for the sex gimmick after picking some of the male escorts thinking they buying services of female sex workers.

One of the most recent incidents which led police to mount an operation happened to a boda boda operator called Abbas Kisaga.

In an interview with this reporter, Kisaga said that after work he decided to pick a sex worker from one of the streets in Makindye suburb.

“It was about 8.00 pm when I spotted a sex worker standing under a tree not far from an electricity pole. I approached her and we agreed that I go and fuck her after paying 20,000 shillings.” Kisaga said.

Escort dragging their feet after pay

After giving her the money Mr. Kisaga was sure of enjoying a good tight pussy and quickly instructed the escort to sit on his bodaboda so that they can go to a nearby lodge and fuck. It wasn’t an easy ride though. All the 5 lodges they went to the escort refused to enter claiming she did not like the place.

After the fifth trial, the escort advised Kisaga they go to a certain guest house called Kimwero. Kisaga had, however, heard of stories that some escorts take their clients there only to rob them blind before fleeing.

Being street smart, the boda boda operator pretended that he was going to the place suggested by the escort before driving to a nearby police post where he reported the matter.

Police sprung into action and arrested the escort but were hell shocked when discovered he was actually a man in disguise after they did a body search to check if ‘she’ was carrying any dangerous objects such as knife or gun.

He later took the police to Kimwero guest house where they rob their clients. Police mounted an operation and 5 of his colleagues were also nabbed.