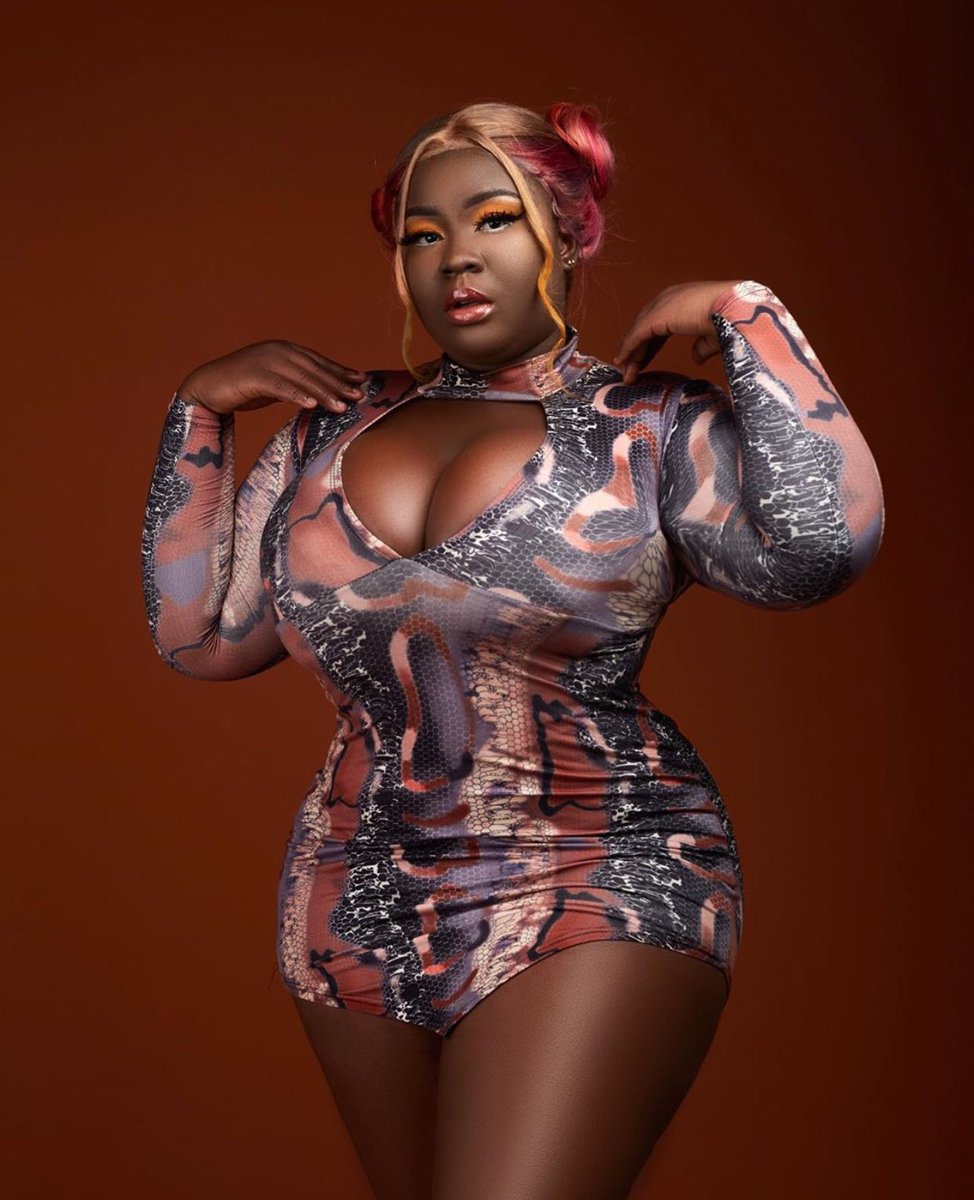 In a video posted on Instagram page, the well-endowed actress is seen clad in an orange long-sleeved shirt and a leopard skin-like skirt that had an opening up to her thigh. In the video she appeared excited as she danced to a song playing in the background.

Maame Serwaa appeared to be feeling herself in the video and one couldn’t fail to see she was really in love with her outfit.

No sooner had she posted the video than dozens of messages started flooding in from her fans.

Just who is Maame Serwaa?