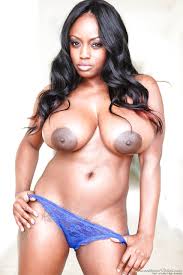 Africa has so many popular countries when it comes to meeting local girls and enjoying the nightlife. Recently, Kenya and Tanzania seem to be among the most popular destinations. Which is better? Well, that basically depends on who you ask, because everyone has different experiences and also different preferences.

Nevertheless, one can make some clear comparisons about what is different in each country and which places offer benefits in certain areas.

In this article, I will discuss the three main aspects that each single-traveler man takes into account when choosing a country: the nightlife, the women, and of course the prices.

(Short note: In Kenya, the analysis mainly refers to Nairobi and Mombasa, while in Tanzania Dar es Salaam and Zanzibar are the main places.)

Kenya is a fancy country in more ways than one, and especially Nairobi, which is increasingly referred to as the “Silicon Valley of Africa.” Nairobi has a huge range of bars and nightclubs, and many of them may well compete with other major cities such as Buenos Aires, Chicago or other major cities around the world.

There are also a few bars where you can immediately find a large selection of “working ladies” (freelance prostitutes) as well as normal “open-minded” girls, as well as hip clubs that are well-attended until the early hours of the morning. The Kenyan men are also quite friendly, rarely do you see or experience any drama yourself. Due to its location, Mombasa offers more beach atmosphere, but otherwise the nightlife is very similar to that in Nairobi. Good atmosphere everywhere and also some strip clubs. 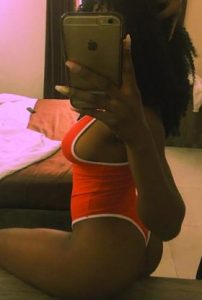 Dar es Salaam is a huge city and has developed into an urban metropolis over the past decade. Although not as bustling as Nairobi, the club scene in Dar es Salaam is still impressive, especially in the popular Oyster Bay neighborhood. You will often hear a strange mixture of western and Tanzanian music in the clubs, typically Africa.

There are some good bars that are packed every night, and especially in the clubs, you will not find it difficult to meet a nice lady for the night. As in Kenya, people in Tanzania are very relaxed and it is easy to make new friends in the restaurant or even on the streets during the day. A little further north on the island of Zanzibar is a bit more conservative because it is a predominantly Muslim area. But even here there is no shortage of chilled beach bars and clubs along the coast of the island.

Both countries have a relaxed and open-minded nightlife atmosphere, but I prefer Kenya here, mainly because of the better clubs in Nairobi and the general party mood around Mombasa. Tanzania, of course, is also great for going out, even if it does not offer as many options as Kenya – at least for now.

Kenyan women are among the most attractive in the world for many reasons. They have this ethnic African look, but also a refined aesthetic while keeping fit and slim. Basically the stereotypical African curvy body in a relatively slender shape. Kenyan women are also pretty self-confident, educated, intelligent and passionate – you can tell right away.

Kenyan men do not always treat their wives like princesses, which always gives them certain advantages from the outset as German gentlemen. There are many pro and semi-pro girls in Kenya, and they are relaxed, fairly fair, and they really seem to enjoy their work. They are also sexually more open than many other African women and take care of their husbands with a lot of heart.

Tanzanian women are not so different, both in appearance and character, especially in the big cities. However, they are not usually as educated or overly confident as Kenyan women. They also do not expect so much money or small “gifts” after the sex as Kenyan girls and are usually completely satisfied with the time they spend with a nice foreigner.

The women in Tanzania are often a bit more “authentic”, too. not quite as western-like as Kenyan women, and that is what many men prefer. The women in Zanzibar tend to have more Arabian influences and are more conservative, but there are still plenty of people who would like to have some fun. Overall, Tanzanian women are always pleasant, quite attractive, and have an excellent reputation for sex.