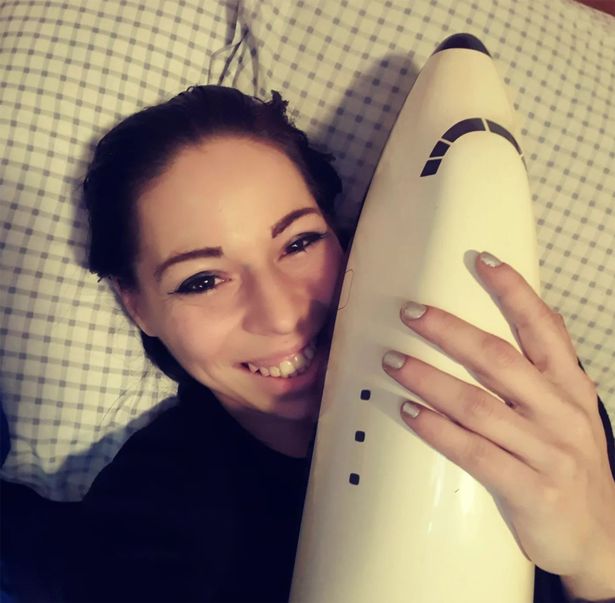 A woman has set tongues wagging after she confessed to be madly in love with a toy plane.

The 28-year-old woman says she’s even fallen in love for the first time in her life and shares a bed with the jet every night.

“I don’t know why I love him, I just love him,” said Sandra

In her own words Sandra who hails from Budapest says the toy plane she has christened ‘Luffancs,’ is her soulmate.

‘He’s beautiful and my soulmate.

So madly in love is Sandra with ‘Luffancs,’ that she can’t sleep without embracing, caressing and kissing the tiny object.

‘He is the first thing I see in the mornings and the last thing when I go to sleep. I wouldn’t have it any other way.

The two even have sex.

‘We cuddle and kiss throughout the night and have sex. I get to do everything with him.’

Sandra first bought the toy in January 2022 for £600 – and since then the two have been inseparable.

Sandra has always loved planes since she was three years old and throughout her teenager years she dreamt of pursuing a career in the aviation industry.

Also Read: (VIDEO) Female journalist records herself being fucked live on air as she conducts interview

No sooner had she come of age than she started working her way towards her heart’s biggest wishes. In 2021, she managed to land a job in the aviation industry and now works with them as an adult five times a week. 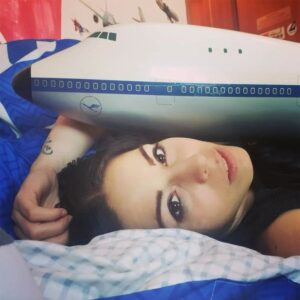 Despite working in an airport and surrounded by planes with temptation around every corner, Sandra says she would never dream of cheating on her new love with another aircraft.

“I have something special and I am not prepared to ruin it. My big love is LX-UCV at the airport but work is work, I just do everything at home.”

“The most I do with other planes at work is just touch and blow a kiss.

So infatuated with Luffancs is Sandra that she says she will never love a human being as much as she loves her toy plane.

“I’m not too sure if I will go back to a human relationship.

People who are sexually attracted to inanimate objects have a condition called  Objectophilia. One of the reasons for this condition is people who are extremely shy and lonely. They have difficulty in establishing normal relationships and engaging in a routine conversation is hard for them. They have a vacuum in their life, which they fill by having relationship with objects such as dolls, phone, jewellery etc.